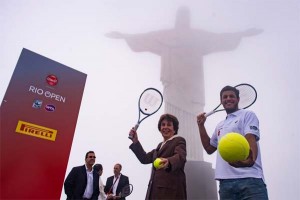 Maria Esther Bueno gets to do some amazing things and her latest appearance was at the foot of Rio de Janeiro’s statue of Christ the Redeemer, where she helped to promote the biggest tennis tournament in South America, the Rio Open.

The encounter launched the partnership between Pirelli and the Rio Open on Tuesday and took place at the foot of Brazil’s most famous statue and main symbol of the city of Rio de Janeiro.

“We were worried because the weather in Rio had been terrible for several days, raining so hard it was unbelievable,” said Maria Esther.

“Early in the morning it was foggy but at least it had stopped raining and we were able to go ahead with the event, although the pictures have a misty quality about them, which is not really how we all think about Rio!”

Maria Esther, the best women’s player of the late 1950’s and 1960’s, is a Brazilian legend and she also spoke about the symbolic relationship between Christ the Redeemer and the Rio Open, and how important it is for Brazil to host a high-level tennis tournament.

“We are very fortunate to have the Rio Open, which is now a popular event on the ATP Tour,” she said.

“Bringing top class tennis to Brazil has a direct impact on the development of the sport in South America, so all the support from sponsors like Pirelli, the spectators and television are important to the Rio Open’s continued success.”

Pirelli has sponsored the maintenance works at Christ the Redeemer since 2014 and is a traditional supplier to sporting events, especially in national and international automotive leagues, such as Formula 1.

The restoration works began in early 2014 after the statue was struck by lightning causing some damage, in particular to a finger on the right hand. 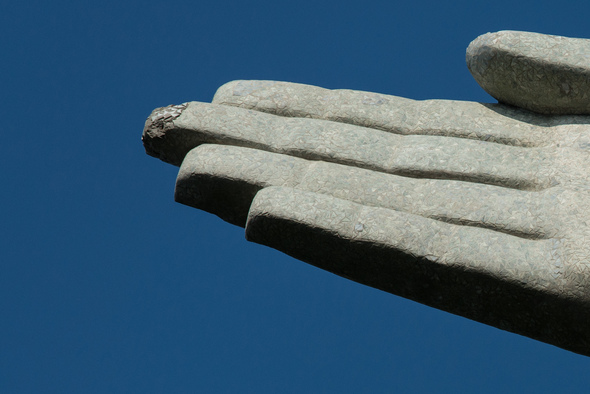 In need of repair after a lightening strike 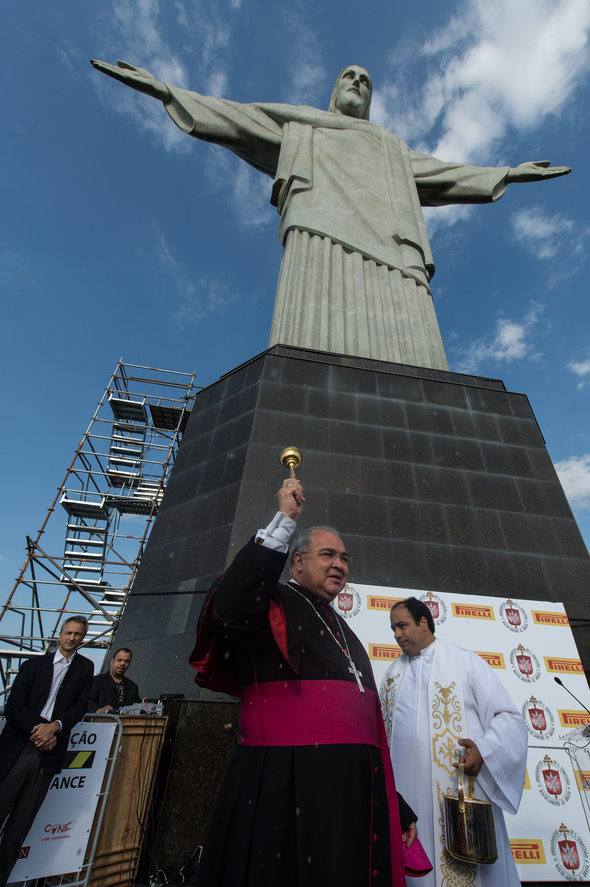 The official launch of the work was given by the Archbishop of Rio, don Orani Tempesta, who blessed the works at the end of a brief ceremony held at the foot of the monument.

“In 2014 Pirelli celebrated 85 years in Brazil. Restoring Christ the Redeemer was the best thing we could do to thank this country and celebrate this anniversary”, said Paolo Dal Pino.

The company also invests in several social projects, like the Janeth Arcain Institute, as well as cultural, such as the Inhotim Institute, in the state of Minas Gerais, besides the São Paulo Museums Masp, MAM and Pinacoteca.

“Pirelli is an innovative company when it comes to developing its products and investing in sports, culture and society in the countries where it is present,” added Dal Pino.

“For us, it is motivating and innovating to create a bond with the greatest annual sporting event hosted in Rio de Janeiro.” 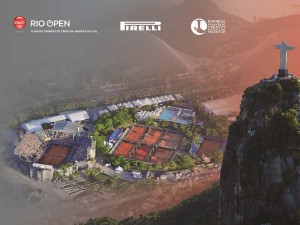 The Rio Open is the only combined ATP World Tour 500 and WTA International in the region and is played over eight days involving 110 players, 92matches and 350 accredited journalists.

In 2014, it was the first ATP World Tour 500 in Brazil’s history and the debut of a WTA International in Rio de Janeiro, and was broadcasted to 182 countries.

Rafael Nadal says he will play in February’s Rio Open on his favourite clay court surface.

The 14-time Grand Slam winner won the inaugural edition of the ATP 500 event in 2014 before being eliminated by Italy’s Fabio Fognini in the semi-finals of this year’s tournament. 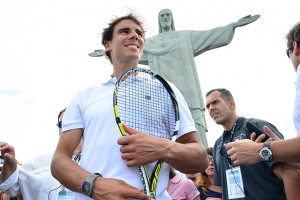 “The Rio Open is an important event on the tennis calendar in a special country,” the 29-year-old said in a recent statement.

“I have developed a great relationship with the Brazilian public over the last two years and I love going back there.”

Nadal has endured a frustrating 2015, failing to win a Grand Slam for the first time in a calendar year since 2004, but after an improving latter season has qualified for Barclays ATP World Tour Finals in London next week. 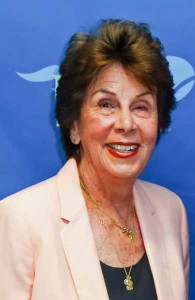 “This is a busy time for me,” said Maria Esther, who headed home to São Paulo from Rio for a few days after covering the Paris Indoors for TV Globo/SporTV last week.

“I’ll be back here next weekend to begin covering the matches from the O2 in London via a live feed, and then I’ll be back again to do the Davis Cup Final, which is between Great Britain and Belgium in Ghent this year.

“This visit today to the Cristo [Christ the Redeemer] has been very special to me and one I will never forget.”

The 2016 Rio Open will be played at the Brazilian Jockey Club from 15-21 February.