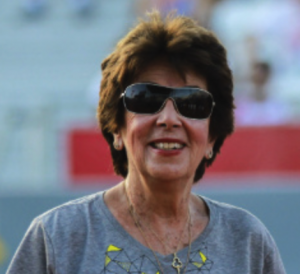 Covering the Masters in Miami

Maria flew to Rio de Janeiro to cover the Miami Masters last week, working out of the TV Globo studios.

“It’s actually a pretty nice place to work,” laughed Maria, showing off a picture of the view from her hotel room.

“It’s really nice to catch up with friends and to walk on the beach before the tennis starts. 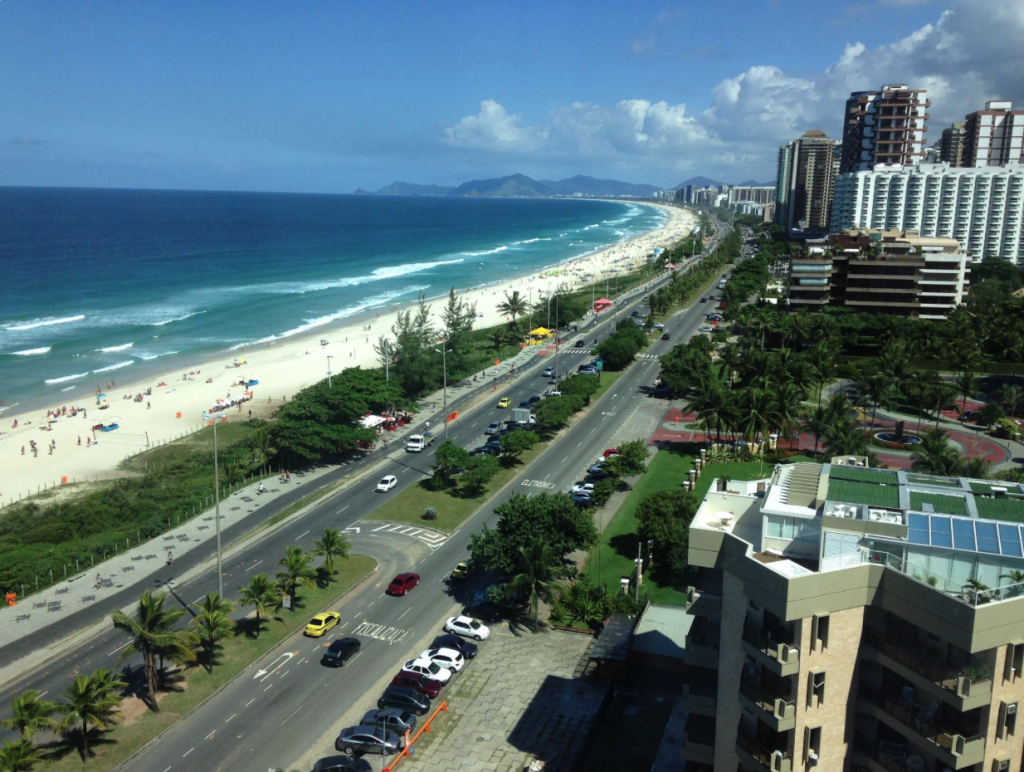 “And it was an interesting tournament, with Rafa [Nadal] beaten in the third round by Fernando Verdasco [6-4 2-6 6-3] and [Novak] Djokovic dropping a very tight first set to [Alexandr] Dolgopolov in the fourth,” she said.

“For a set and a half Djokovic looked to be in real trouble but rather like he did against [Andy] Murray in the final, he found a higher level and stormed through without dropping a game in the third set.

“He admitted it was a mental struggle for him but he once again showed why he is the world number one!

“Perhaps of more concern were Rafa’s remarks after his loss when he said that he had lost his confidence in tight situations in matches. He seems to be fine now, free from his injuries, but to publicly admit to having lost his mental strength was a strange thing to do in my opinion.

“It is good that players are honest, and very interesting for the fans, but when you are at the top of the game, there are things that you need to keep to yourself or you hand an advantage to your opponents.

“We will have to see how he does when he gets back onto the clay but there is much pressure for him there too because he has so many points to defend.

“He has now dropped to number five in the world so the seedings can hurt him, much as Murray found when he came back from his back surgery.” 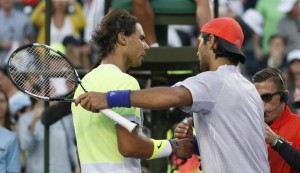 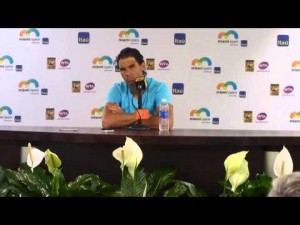 … and faces the media afterwards

History was made last week, with Murray winning his 500th career ATP singles match and Serena Williams winning her 700th career match on her way to capturing her eighth career Miami title. 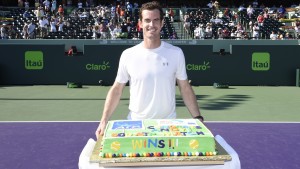 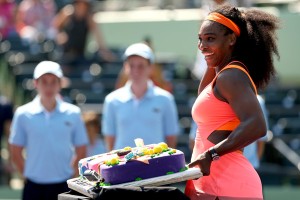 while Serena Williams captured her 700th victory on the WTA Tour

“Serena is amazing,” continued Maria. “She has now won the Miami Open more than any other event in her career and no-body seems to be able to stop her.

“So often she looks vulnerable in her matches these days but she has the same kind of spirit that Djokovic has, and just refuses to lose. A lot of players could learn from that.”

Djokovic claimed his fifth title in Miami after outlasting Murray in three sets and is now just one title away from tying Andre Agassi (6) for the most men’s singles titles in Miami Open history.

“Murray started out so well, being aggressive and coming to the net, but he missed the lines by millimetres and lost his edge,” Maria added.

“Djokovic wasn’t playing that well either but the difference was that he had the greater belief and Andy faded badly in the third set after narrowly winning the second. He seemed to go off the boil a bit.”

Once the Miami Open was done and dusted, Maria flew home to Sao Paulo to prepare for her future commitments in Europe as Andy Murray returned to the UK for his wedding.

“I wish him and Kim [Sears] every happiness,” Maria said. “He will be missing at Monte Carlo, the first big clay court tournament leading into Paris, but I’m sure he won’t be far away from a tennis court!” 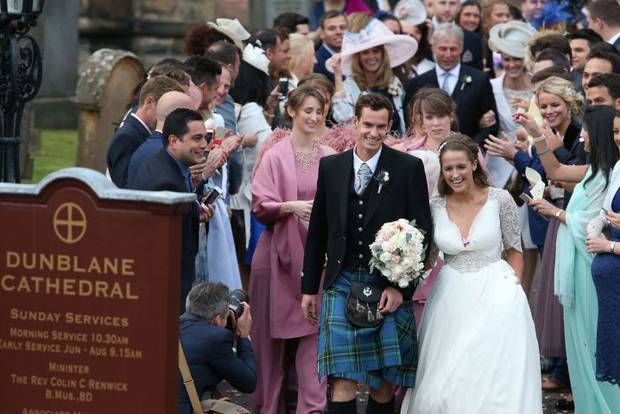 There is no Wimbledon this year because of the coronavirus pandemic, which would have disappointed Maria Esther Bueno, as it has millions of tennis fans. The 4th of July, American Independence Day, however, was a special day for her since…