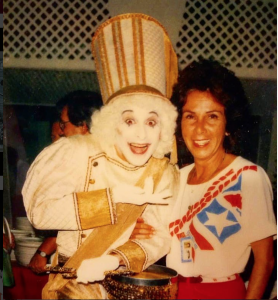 Maria Esther Bueno left us on 8 June 2018 but her legacy lives on, nurtured and promoted by her family in her homeland of Brazil.

Among the tributes paid recently to keep her memory alive were exhibits and activities, including a celebration by FILA.

The sportswear company, who sponsored Maria Esther in the 70s, produced a collection inspired by her wins and the elegant qualities that she brought to the courts.

gold and pink highlighting her persistence and the balletic attributes that she carried.

She was known as the Tennis Ballerina, and is remembered as a woman who overcame obstacles with her determination and grace, challenging and opening doors in places where female athletes had never been before.

The limited edition of clothing was made available exclusively for sale at the FILA store at the Rio Open from 15-23 February.

It would have been something of which Maria Esther would have been very proud, for she remained loyal to FILA over the years and was buried in one of the company’s tracksuits, true to her spirit to the last. 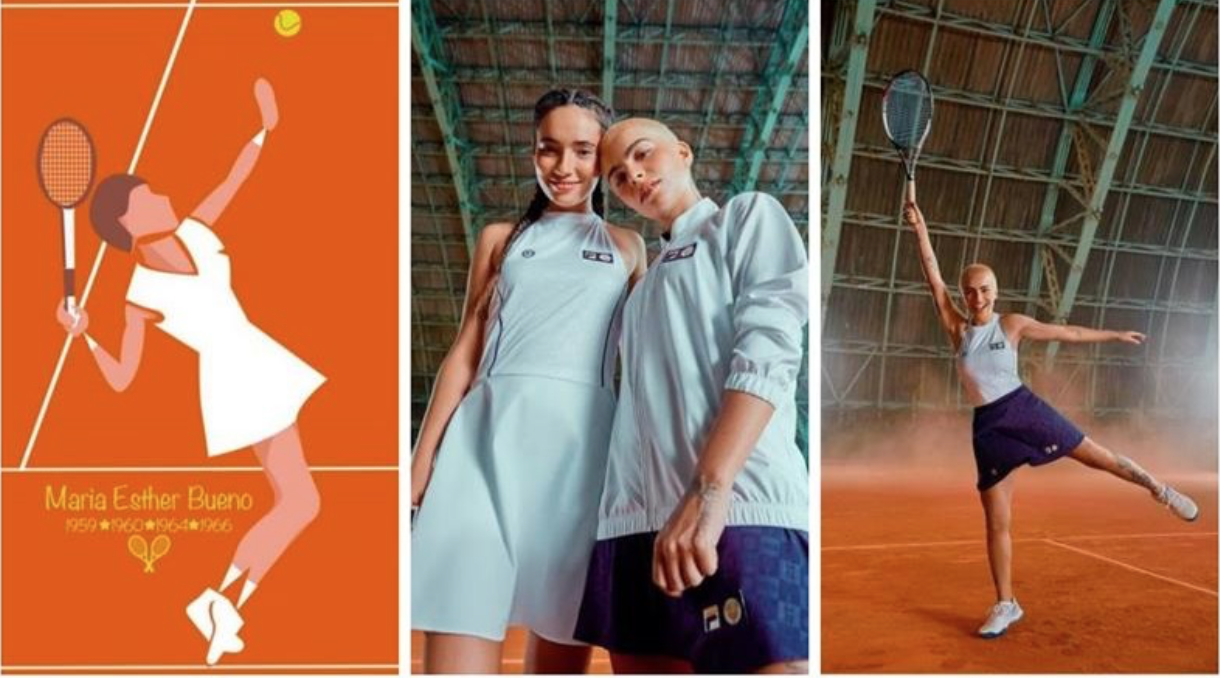 Earlier in the year, the Summer Program at Sesc de Guarulhos included a tribute to Maria Esther in the form of an exhibition, which ran from 4 January until 1 March, with free entry to the public.

This included photos, clothing and other artefacts commemorating her 589 titles and induction into the International Tennis Hall of Fame and recognising Maria Esther as one of the most important names of tennis in Brazil as well as throughout the world. 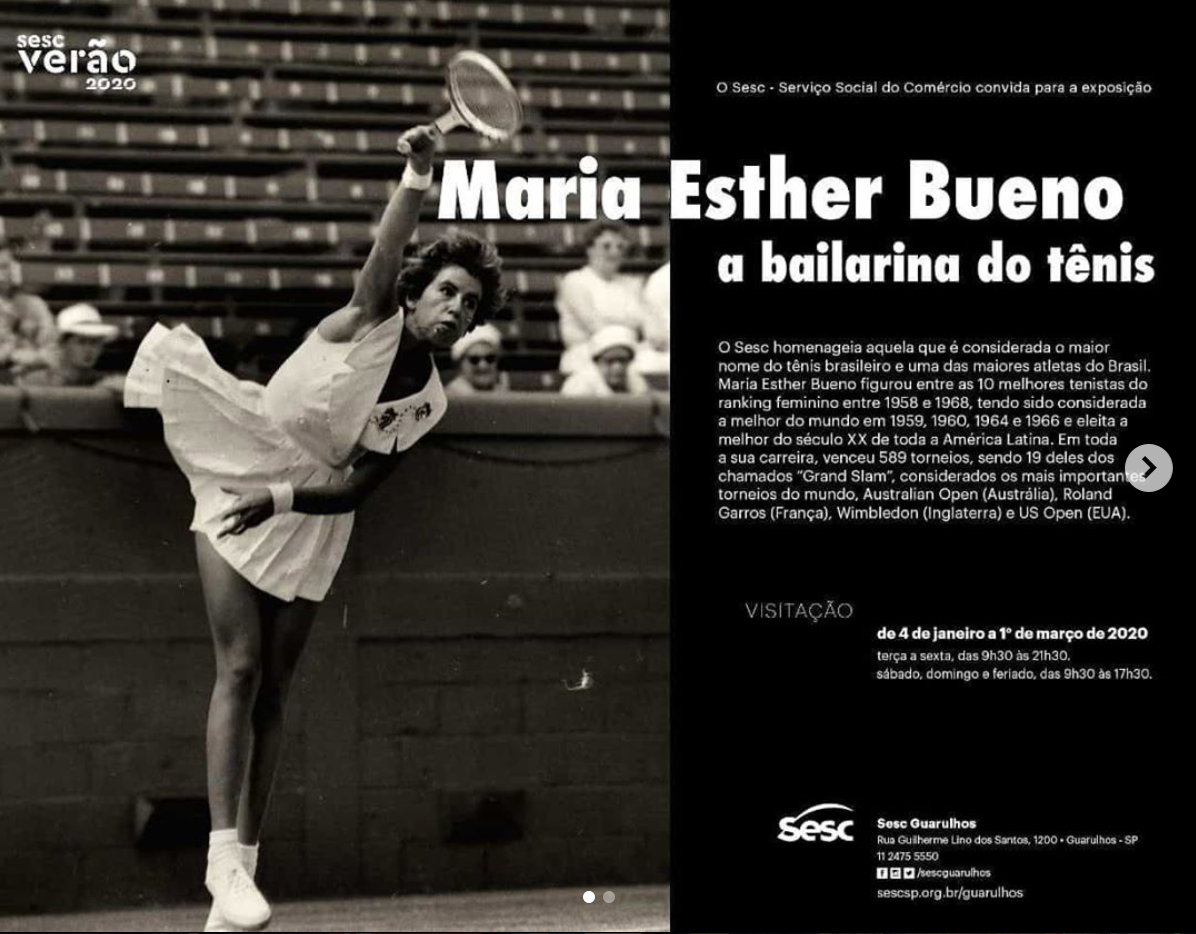 Sesc de Guarulhos is a non-profit organisation providing facilities and activities to residents of the second most populous city in the State of São Paulo, which opened in May 2019.

To house these spaces, and to offer a diversified program, the unit was built on three floors, respecting the socio-environmental issues of the city and prioritising universal accessibility.

Examples of the sustainable construction of Sesc Guarulhos include a sewage treatment plant, green roof and solar panels for heating the pool and shower water, in addition to reusing the residual heat from the air conditioning system to also heat the water.

The Bueno exhibit was centred on the gym.

Maria Esther’s home club also dedicated space to pay tribute to their most famous of members and acknowledging some of her greatest achievements. 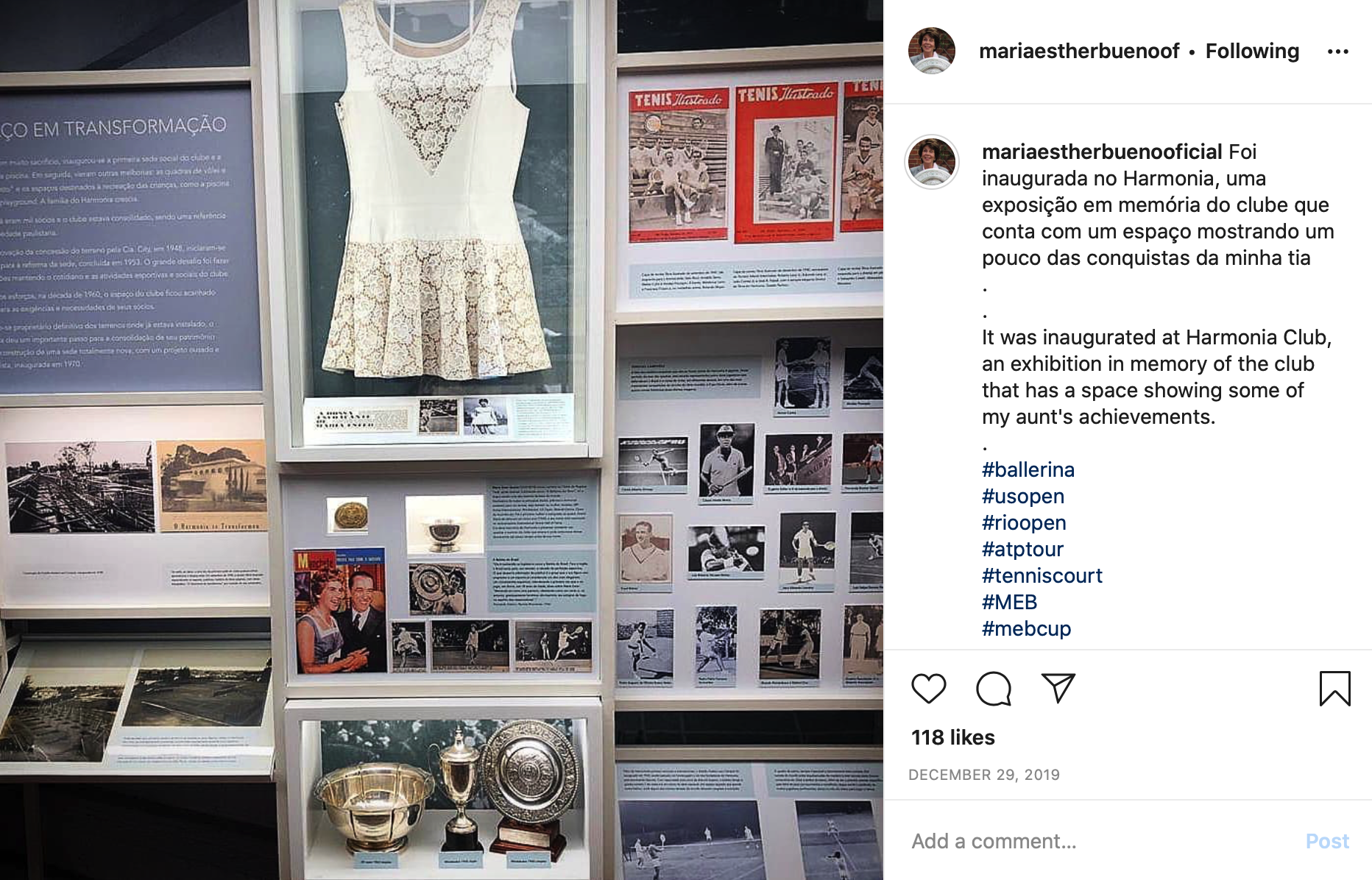