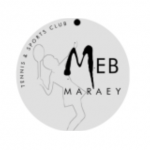 On the 28 October, the official launch of the Maria Esther Bueno Tennis and Sports Club was marked by the planting of the Maraey Project’s Fundamental Tree, and the great champion’s nephews, Pedro and André Bueno, were on hand, together with the CEO of Maraey, Emilio Izquierdo. 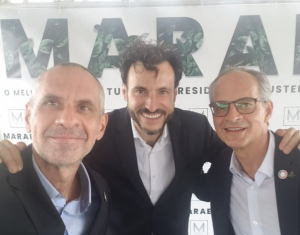 The new facility will provide opportunities for all, especially to the needy young people in the region.

The 8 tennis courts, combining clay, grass and hard surfaces, will make the club the only one in the country to offer all three options for major international tournaments as well as for a high-performance training.

Maraey received approval from the Inea Board, the organisation responsible for issuing the Installation License, authorising the beginning of the works and the whole team, collaborators, municipal and state officials, as well as important academic institutions celebrated in preparation of beginning the first phase of building works.

This first phase will focus on urbanisation and paving more than 20 km of roads and the creation of the Maraey RPPN, the environmental research center to promote land regularisation of the community of Zacarias. 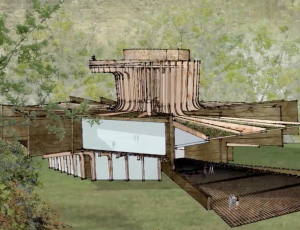 Image of the Maraey RPPN, the environmental research center

The RPPN is already in the process of development, and will have an area of 440 acres, which is more than half of the Maraey area, which will be protected in perpetuity as a national park.

The recomposition of the native vegetation over more than 120 additional hectares across the rest of Maricá is also being planned and implemented.

In addition to the conservation of fauna and flora, there will be rescue, handling and monitoring programs, with the creation of a farm for the production of native vegetation seedlings. 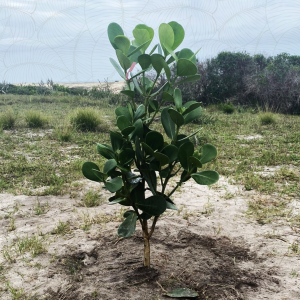 The launch of Maraey was made official through the planting of the species Clusia fluminensis in the project’s area.

The Fundamental Tree, planted near the community of Zachariah to symbolise the beginning of the launch of the venture, is a Clusia fluminensis in a tribute to the state’s natural heritage, as well as being one of the main trees in the Restinga ecosystem, a distinct type of coastal tropical and subtropical moist broadleaf forest in eastern Brazil.

It marked the official launch of Maraey and in addition to project leaders, several federal, state and municipal authorities involved in the event were also present in support of the historic milestone, which is the beginning of a long road for the project.

There were speeches from authorities from the Municipality of Maricá, the State of Rio and the Federal Government, while the planting of the symbolic Clusia fluminensis tree, in the presence of staff and great supporters of the venture, was celebrated with a cocktail. 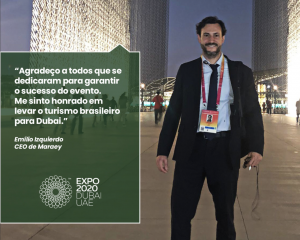 Izquierdo, the CEO, spoke about the commitments to the city of Maricá and how the community of Zacarias is a priority for the venture, reinforcing that ‘MARAEY comes out of paper to really become Brazil’s best and most important sustainable residential-tourist destination’.

“Happiness, accomplishment and pride are some of the feelings that sum up well what we felt on October 28th,” he said.

“We are already a global benchmark project in sustainability and want to promote respect for the environment and local culture, with important economic investments and generation of thousands of jobs, especially linked to tourism.”

Through the project’s collaboration with the Brazil Global Covenant Network (@pactoglobalbr), the initiative is aimed at spreading the Sustainable Development Goals (ODS).

“We want to share all these goals that are key commitments to the effectiveness of our venture.
“ODS 1-Poverty eradication. The high priority of sustainable development must be the poorest and most vulnerable. #TheDSEuPractical.” 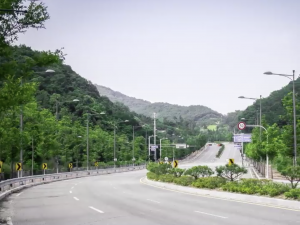 Dubai EXPO opened its doors in October in the United Arab Emirates, and runs until March 2022, and was attended by Izquierdo, who visited the Brazilian pavilion.

Millions of people from around the world are exploring innovations, ideas and technological advances, with this year’s theme being ‘Connecting Minds, Creating the Future’, and three thematic axes conducting the thread of Expo, which are ‘Opportunity, Mobility and Sustainability’.

“Maraey’s representation at an event like this boosts sustainable tourism in Brazil and brings foreign attention to the real estate market,” added Izquierdo. “Congratulations to all involved! Especially Apex, CNI and MTur for the great organisation.” 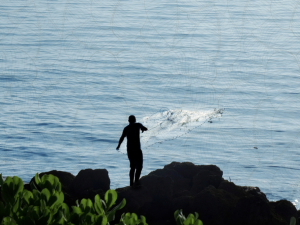 Back in Brazil, fishing is ever present in the Maricá region, originating from the beginning of civilisation when societies depended on fishing to survive, and nature has been generous with large rivers and tributaries in the region.

Fishing had already settled among indigenous people before the country’s discovery so when the Portuguese landed, they found native tribes with their own methods of building canoes and fish-catching utensils. 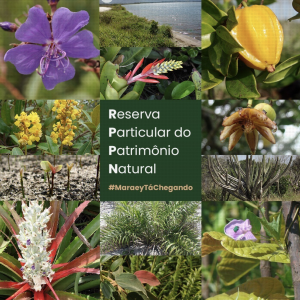 Maraey is committed to the conservation of fauna and flora

On 25 November, announcement was made of Expo Maricá, and was marked by the signing of a covenant by Executive Director, David Galipienzo, and the mayor of Maricá, Fabiano Horta, that will have great socio-economic impact on the municipality.

This agreement envisages hiring local labour for the construction and operation of the venture, which has its works planned for the end of this semester.

So, licenses now assured, the Maraey Project is getting up and running at last.