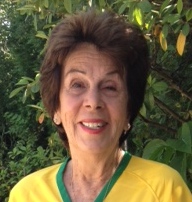 Maria Bueno keeps an eye on the grass court finals

“That was one of the best matches I’ve seen for years!” said Maria after watching the men’s finals at the Queen’s Club in London.

“It was classic grass court tennis, with sliced approach shots, great defence at the net, lots of angles and, of course, some stunning serving.

“I thought Feliciano Lopez played really well to reach the final and when he dropped the second set after holding a match point, he could have caved but he didn’t. 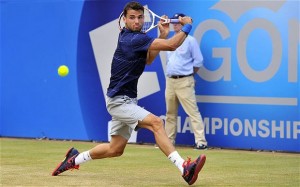 “The same can be said for Grigor Dimitrov, who faced defeat bravely and ultimately turned it into a victory by a margin of just two points. It was so close all the way that it was impossible to figure out who would win.

“That was the type of match that you feel sorry for the loser because it was just a matter of a couple points in the end after nearly three hours of intense play. 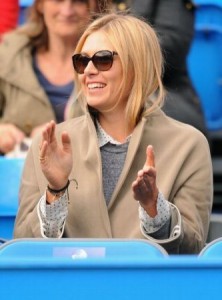 “I sympathise with Lopez but am really pleased for Dimitrov. It meant so much for him, as it did for Maria Sharapova [his girlfriend] watching him in the stands.

“It’s really nice to see someone so happy to win, and so appreciative of the occasion, the crowd and his opponent.

“I think he is a special player and certainly one to watch. I don’t suppose anyone is going to be happy to play either him or Lopez at Wimbledon because they are the in-form players on grass at the moment.”

The Bulgarian Dimitrov made his debut at The Queen’s Club five years ago, ranked World No 361, as a recipient of a wild card from then-Tournament Director Chris Kermode.

Following his victory, the right-hander made his way over to the now-ATP Executive Chairman & President Kermode, sat court-side, to hand him his match racket in recognition.

“It was a great gesture,” said Maria. “It’s important for players to remember the help they get on the way to the top.” 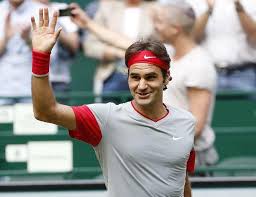 Roger Federer won his 7th title in Halle on the grass

Elsewhere Roger Federer captured his 7th Gerry Weber Open title and picked up his 14th grass-court crown with a 7-6(2) 7-6(3) victory over Alejandro Falla, who had been attempting to capture his first ATP World Tour trophy in a match lasted 89 minutes.

“I’m really pleased for Roger as this will be a great boost to his confidence going in to Wimbledon,” continued Maria.

“In a week in which both Rafa [Nadal] and Andy [Murray] lost early and [Novak] Djokovic rested, this run helps re-establish his dominance on the grass and will justify a top four seeding.”

As for the women, top seed Ana Ivanovic won the Aegon Classic in Birmingham.

“She is also having a good run on the grass but we have yet to see how some of others are doing after Paris.

“Victoria Azarenka is coming back from injury and Serena [Williams] has something to prove after her early exit in Paris so we will have to see how Eastbourne goes to get a real feel about grass court form ahead of Wimbledon.

“Interestingly, players like Serena don’t seem to want grass court play running into Wimbledon but the women’s game is opening up now, with some new stars coming along nicely, so that may prove to be a costly mistake for her.”