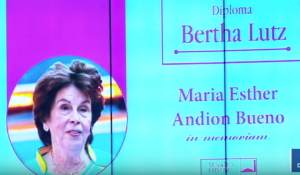 On 26 March, the Brazilian Federal Senate honoured Maria Esther Bueno (1939-2018) in acknowledgement of her contribution to Brazil.

She was among the 23 women and 1 man, who had marked and contributed to the history of the country, with artists, judges, artists and producers among those on the list.

Maria Esther Bueno was born in São Paulo and started playing tennis at a very young at the Tietê Club.

She called attention to her elegant style by winning Wimbledon and the US Championships on the world circuit and was named No 1 in the world in 1959, 1964 and 1966. 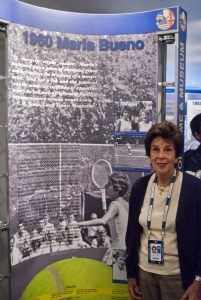 She was also the first Brazilian player to be inducted into the International Tennis Hall of Fame, a tribute she received in 1978.

She also excelled in doubles, winning the first Grand Slam of the four majors in 1960, adding an individual gold medal and two silver in doubles at the Pan American Games in São Paulo in 1963.

Bueno retired in the 70’s and became a sports commentator on Brazilian television.

The most recent recognition of her illustrious career was the naming of the main show court of the Olympic Tennis Center in Rio de Janeiro.

The Bertha Lutz Diploma has been awarded by the Senate for the past 18 years in recognition of those women who have championed the cause for women in Brazilian society.

The name of the diploma is a reference to Bertha Lutz, a forerunner in the struggle for women’s right to vote in Brazil, an objective achieved in 1932, and the honours are bestowed by the senators. 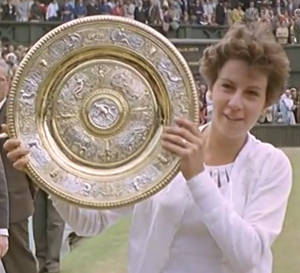 Maria Esther Bueno, Brazil’s greatest tennis champion who died last year at the age of 78, was named by Senator Leila do Volleyball (PSB-DF), the Olympic champion.

The diploma was delivered to his nephew, Pedro Augusto Oliveira Bueno.

“I wanted to thank you in the name of my aunt, I’m sure she would be very happy and very honoured to be here with us, she represented the strength, the courage and the resilience of the Brazilian woman, and she was an inspiration to women all over the world because it meant that the dream of each one of them could be achieved,” he said

“I think it is as important today, and acknowledgement like this, that recovers a little of the history of our country, helps us remember who are, and who were our heroes, “ he added.

Among the honourees was Marielle Franco, murdered last year, who was represented by her companion Monica Benicio.

“There is no democracy until Brazil answers who sent Marielle Franco to death,” said the widow.

The list of others acknowledged with the diploma included the actress and singer Bibi Ferreira, also in memoriam, and everyday heroines such as Professor Heley of Abreu Silva Batista, who died trying to save children from a fire in Minas Gerais, and the saleswoman Leiliane Silva, photographed trying to save the driver of the truck involved in the accident that killed the journalist Ricardo Boechat.

Among those honoured with the commendation was a man, former Federal Supreme Court (STF) minister Carlos Ayres Britto. 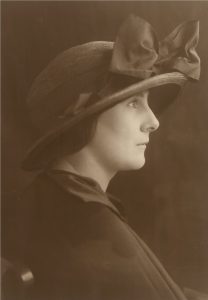 A zoologist by profession, Bertha Lutz (1894-1976) was a pioneer in Brazil in the fight for women’s rights, who was the second woman to become a federal deputy in the history of the Country, the first being Carlota Pereira de Queirós.

Lutz was a graduate in Biology and Law and was the first woman to join a Brazilian diplomatic delegation in 1945 at the conference that drafted the United Nations Charter.

She also was a member of the Brazilian delegation to the 1975 International Women’s Conference in Mexico.

Later, she occupied other important public positions, among them the head of the Botany section of the National Museum.

Bertha Lutz transcended her time, and her parliamentary performance that resonate to this day, through her worked in education, maternity, labour and children.

In the area of labour reform, she defended wage equality between men and women, denounced child labor and was at the forefront of militancy for maternity leave.

Maria Esther Bueno is also named among the top 20 most important and influential women in Brazil, all of whom have helped to mould the history of the country over time and have made a real difference in peace time and in war.