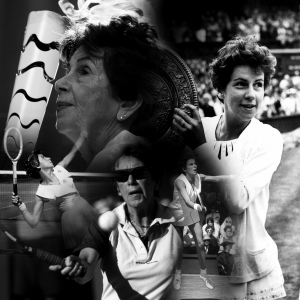 The Instituto Tênis in São Paulo starts its partnership with LATAM in an arrangement signed in March to continue its work training talented athlete, helping to develop tennis in Brazil through the Maria Esther Bueno Development Project, despite the Coronavirus pandemic and social isolation.

As national and international tournaments were interrupted by the pandemic, this partnership is currently helping families who find themselves in a very vulnerable situation.

LATAM has donated more than 13 tons of food to the institution, which, through the public schools that participate in the Maria Esther Bueno Development Project, is being distributed in São Paulo, Recife and Porto Alegre.

The partnership also relies on voluntary work by LATAM employees, who are involved in these activities at the municipal schools where the Project is carried out.

“At that moment, this voluntary action was interrupted by social isolation. But we hope that, soon, we will be able to develop it again,” Marcelo Motta, Manager of the Development Project said.

For the food distribution, the Tennis Institute also counted on the participation and partnership of Construtora Passarelli, which provided trucks for the deliveries to the communities of Fortaleza, which, although not an official centre of the Project, is another of the cities benefited by the partnership between LATAM and Instituto Tênis.

In addition to the northeastern city, Passarelli also helped with the logistics of food deliveries in Sâo Paulo.

Finally, the partnership with LATAM also involves making tickets available to Instituto Tênis high-performance athletes to participate in tournaments both in Brazil and abroad, but this looks unlikely to happen before August.

The Maria Esther Bueno Development Project is in its 6th year, offering technical and material support alongside training opportunities for participants.

Instituto Tênis is a non-profit organisation, created in 2002, whose initial purpose was to award sports scholarships to talented athletes.

Since 2011, it has become a training centre for high-performance tennis players, working with young and professional athletes and providing them with all the training and competitions that an athlete needs.

Over the years, the Instituto Tênis carried out development projects involving more than 30,000 children in about 20 cities spread across the 5 regions of the country.

Last year, the Instituto Tênis partnered with the family of the greatest tennis player in the history of Brazil, Maria Esther Bueno, who sadly died in 2018.

It was a way to honour her and create a legacy to keep her name alive in the world of tennis.

By 2033, the goal is to reach around 540,000 children throughout Brazil, helping them to use the teachings and values of tennis to become better citizens as well as giving an opportunity through sport to change their lives.

Developed by Marcelo Motta and Carlos Chabalgoity in 2015, the first project in Brasilia became official the following year and, today, has expanded to very significant numbers.