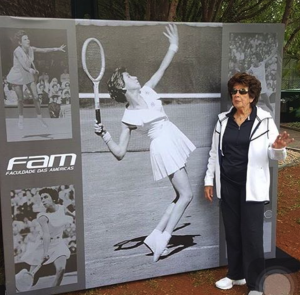 Maria Esther Bueno admires a montage of her career

It was a very special party, the likes of which Sociedade Harmonia de Tênis members had not experienced before, and it was all to celebrate their home-grown treasure – Maria Esther Bueno – who thoroughly enjoyed the whole occasion!

In a year that saw Maria Esther honoured by the naming of the Olympic Tennis Stadium ahead of Rio 2016, her home club saw fit to pay their own tribute to the great champion by inviting 500 guests to a grand lunch on Saturday 1 October.

The day was sponsored by the Faculdade das Americas, a local private collage founded in 1998 that offers higher education in a variety of academic fields, including science, technology, communications, medicine, design, engineering and management. 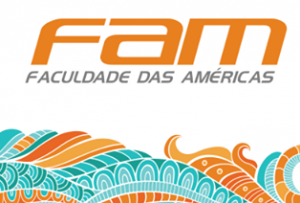 With two units already established in São Paulo, the college is among Brazil’s most innovative universities, with a teaching methodology akin to those used by the most prestigious world institutions delivered by master teachers and doctors and utilising an excellent infrastructure of state of the art laboratories.

FAM also supports the local community through sponsorship of various activities, including the Family Team tournament at Harmonia for the second year running. 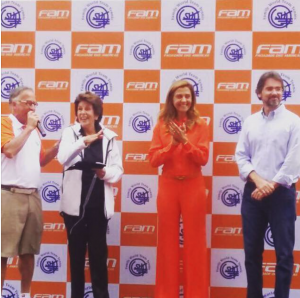 From left to right: Wilton Carvalho, Director of Tennis at the Sociedade Harmonia de Tênis; Maria Esther Bueno, tennis legend and guest of honour; Leila Pereira, Director-General of the Faculty of the Americas and Joca Levy, President of the club.

“I was privileged to have lunch with Leila last week and she really impressed me,” said Maria Esther.

“Although we are both members of the same club, we had never met before but it felt like we had been friends for a long time.

“She told me it is important to have good role models, especially for women, because Brazil is still a very male-orientated society, and that helping to focus attention on my accomplishements helps to promote the role of women in all walks of life, not only in Brazil but all around the world.

“I couldn’t agree more. Women have to work harder and be more determined [than men] to succeed in business and in sport.

“Even now, after all that I have done, I sometimes feel my achievements get forgotten or overlooked.

“This tribute, by my club and my fellow members, is something very special for me because it is recognition by my friends and colleagues, by the people who are close to me and that I see every day.”

The ‘Homenagem’ began with a tennis clinic for the kids, followed by an on-court demonstration by Maria Esther with Head Pro Mauro Menezes, after which there was a lavish lunch with entertainment held outdoors in the beautiful gardens of the club. 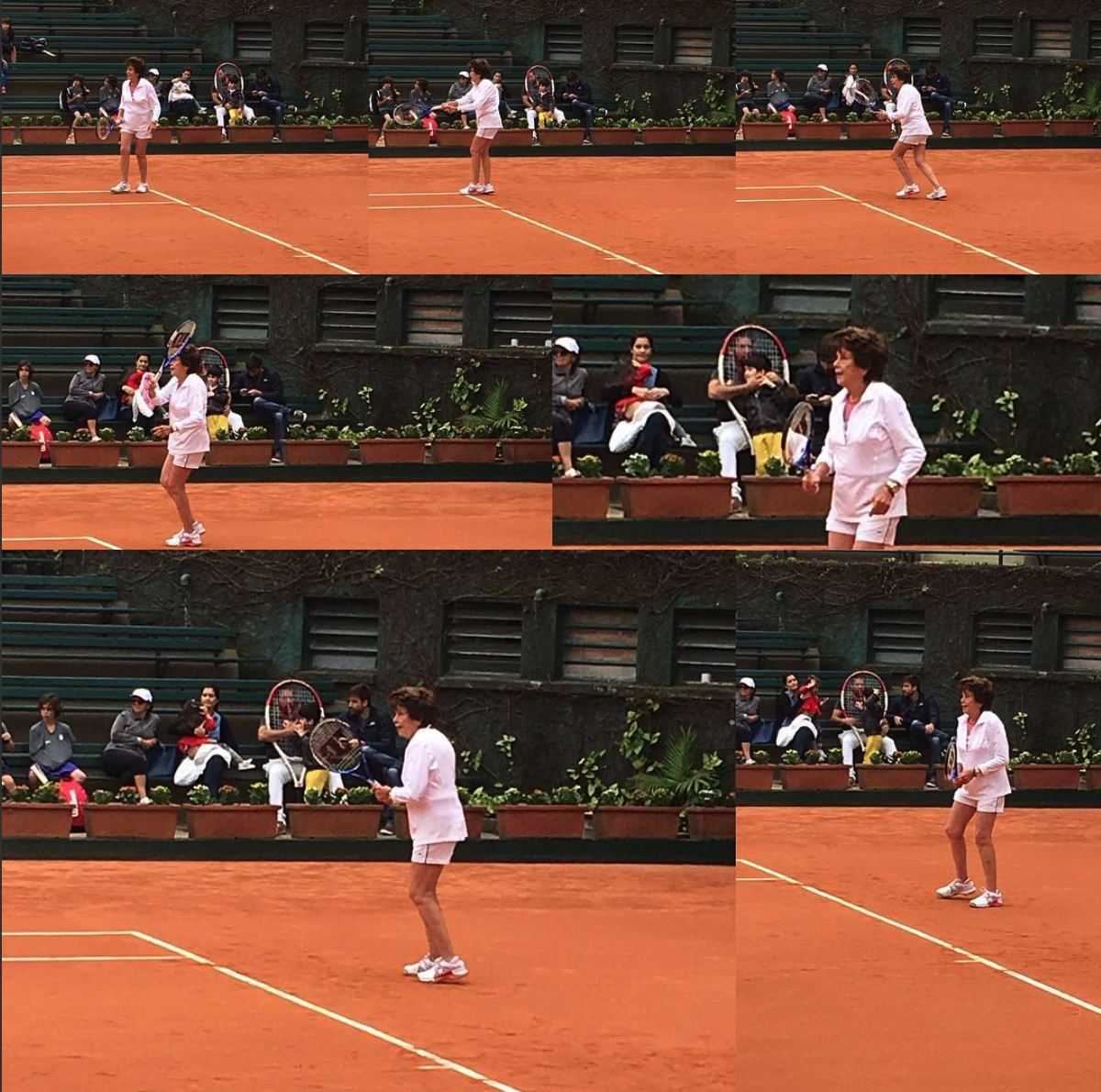 “I was so happy to be able to invite my family and many people who I have been working with – from TV Globo and SporTV, Bradesco, Pirelli, Rolex and Rio 2016,” Maria Esther said. “It was wonderful to have them there on this special day for me.

“The club did an incredible job with organising all the arrangements and it all went off perfectly! The food was delicious and I was amazed at the video they showed of my career on the giant screens – I think Mauro had a lot to do with that!

“And then they gave me the most incredible gift I have received – a limited edition Nissan Rio 2016 car, all wrapped up in a giant bow!

“I was completely speechless, which is saying something for me!!

“So very generous and thoughtful because it is customised especially for me.” 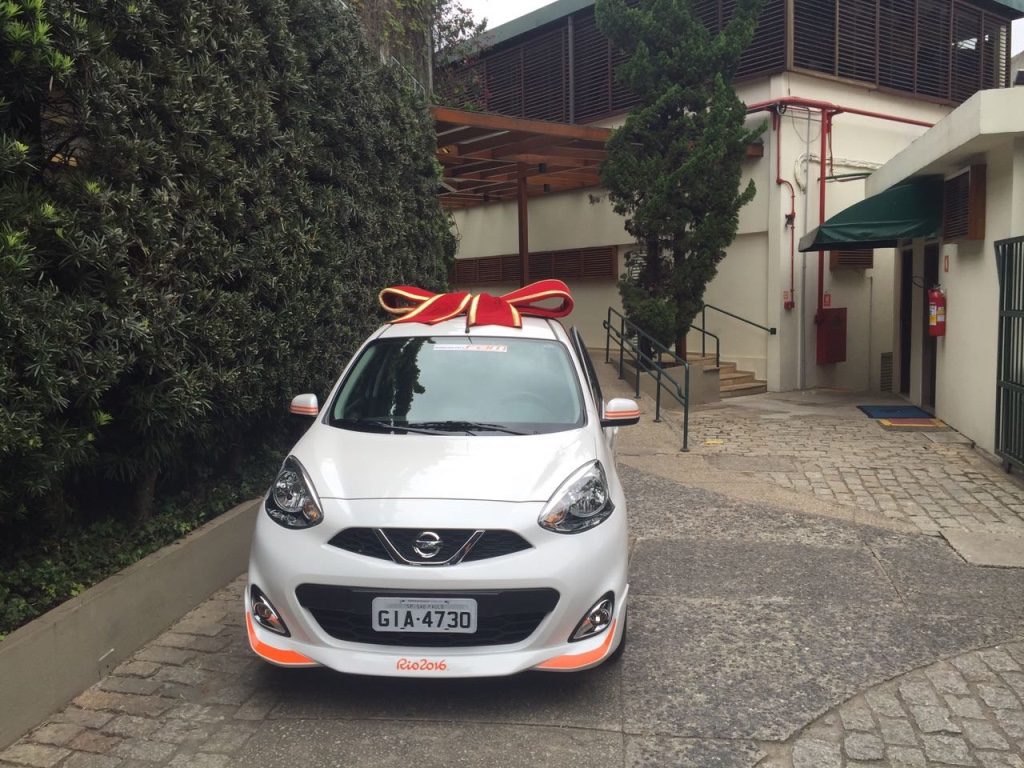 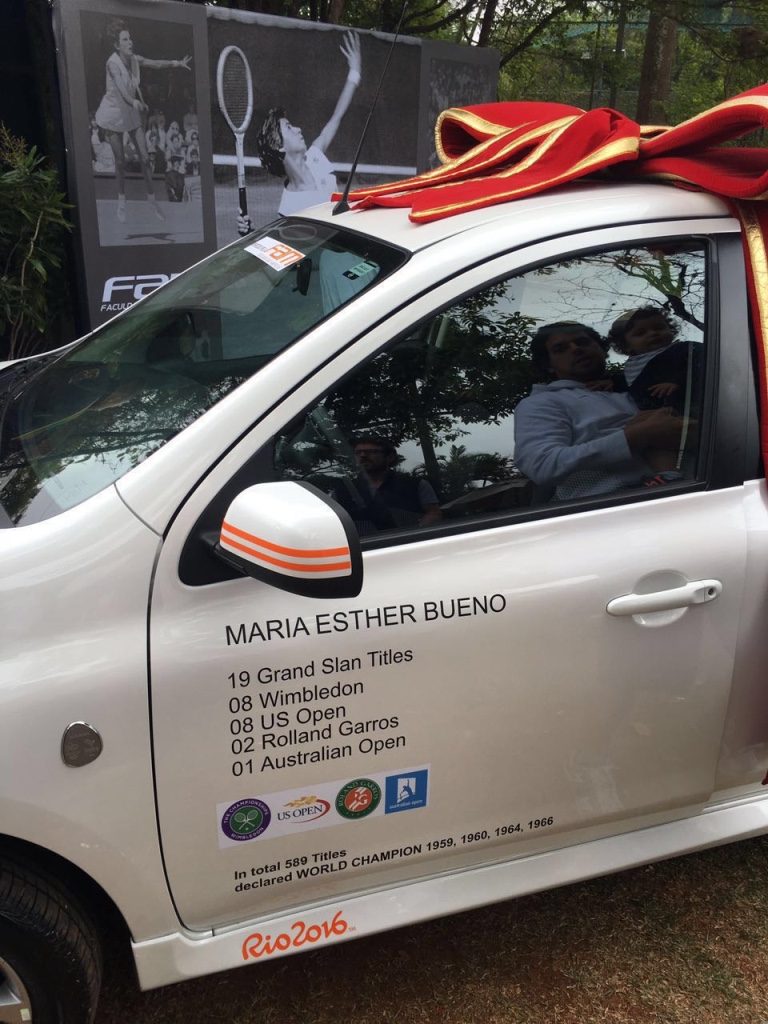 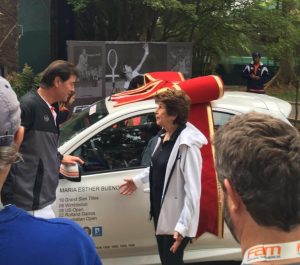 Nissan launched its special series of the March Rio 2016, a compact hatchback built in Brazil, in tribute to the brand’s sponsorship of the Olympic Games and only 1,000 cars were manufactured.

Each has a sequential number on the front grille from 0001 to 1000, a detail that makes every car exclusive.

Customised throughout to reflect Rio 2016, the Games’ logo is featured on the trunk door and front fenders, while the limited series has a two-tone body colour, with paint selections ranging from white to silver to highlight the Premium Black roof. 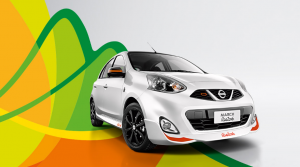 Maria Esther’s edition is further customised with the inclusion of her 19 Grand Slam titles on the front doors.

“I’m not sure I know what to do with all this technology!” laughs Maria Esther.

“It really is a very beautiful car and I can’t believe they gave it to me! A fantastic gift. I really don’t know what to say…”

A year to remember

“It has been the most amazing year – the stadium, the Olympics, the US Open and now this!” Maria esther continued.

“It is really amazing, I don’t know what to say about it all…” 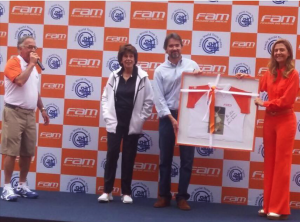 Maria Esther addressed remarks to all the assembled guests, particularly thanking FAM’s General Director Professor Dr. Leila Mejdalani, the club’s President, Joca levy, and Wilton Carvalho, the Director of Tennis, for the extraordinary occasion they all played such a major role in staging for her.

She also thanked the guests for supporting her, the staff for the wonderful work they do at the club all the time and the tennis section, particularly Mauro, who help her on a day to day basis.

The consensus by all was that the Homenagem was the best party the Sociedade Harmonia de Tênis had ever hosted.

← Great finals at US Open
A poignant day to remember →