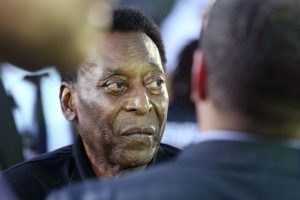 Brazil has lost another of its great legends – football icon Pelé, who died in hospital in São Paulo on Thursday, 29 December, at the age of 82 after a long battle with colon cancer.

Pelé was admitted into the Albert Einstein Israelite Hospital on 29 November with a respiratory infection and for what was described as ‘re-evaluation of the chemotherapy treatment over colon cancer identified in September 2021’, when he had a tumour removed from his colon.

He had suffered from kidney and prostate problems since the surgery.

Pelé and Maria Esther Bueno’s careers were intertwined as both became legends in Brazil around the same time in the late 50s and early 60s, albeit it in different sports, and they made many public appearances together building a mutual admiration for one another over the ensuing years. 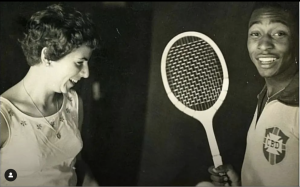 Maria Esther Bueno and Pelé, photographed on 14 January, 1961, were Brazilian icons whose paths crossed on numerous occasions (Photo via Instagram)

Maria Esther loved following football at every level of the game with great attention. If she was too busy to watch matches, she would scan the newspaper for the results.

When they met, they had plenty to talk about as Pelé took an interest in tennis and played a little too.

She considered him a true gentleman.

They probably last met at Rio 2016 when both participated in the ceremonial activities of the Olympic Games, just two years before Maria Esther’s death at the age of 78.

When they first met, it was at the offices of the Gazeta Esportiva Ilustrad, after which Pelé appeared holding a tennis racket in the iconic cover of the November 1958 edition alongside Maria Esther, who had a table tennis bat in her hand, and Palmeiras Biriba, a prodigy of table tennis with a soccer ball.

The trio composed an image with the colours of the Brazilian flag to a background of drawings in which all three are wearing crowns.

Pelé was the first to consecrate himself in 1958, while Maria Esther Bueno was about to begin her long collection of Grand Slams at Wimbledon and, at the age of only 13, Ubiraci Rodrigues da Costa, better known as Biriba, was already gaining national idol status. 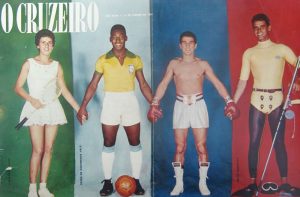 “I remember all of Pelé’s words, his way,” 75-year old Biriba recalled recently. “It was even quieter, because fame was beginning, but, at the same time, very friendly and accessible. Maria Esther was a reserved but simple person. A great champion. This cover is my business card and everyone is impressed to see it.”

Considered football’s greatest player by many across the world, in his native Brazil, Pelé is lauded as a god-like figure, and tributes are pouring in.

He scored 77 goals across 92 appearances for Brazil, making him the country’s joint top scorer in men’s international football.

In 1999 he was named the International Olympic Committee (IOC) Athlete of the Century and, in 2016, he was presented the Olympic Order by IOC President Thomas Bach in his home town of Santos.

Bach, in a message posted on the IOC’s social media accounts said in tribute: “With Pelé’s passing, the world has lost a great sporting icon. 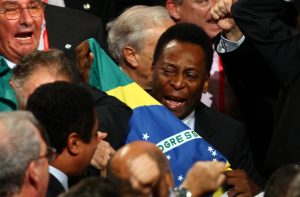 “As I could experience myself, he was a true believer in the Olympic values and a proud carrier of the Olympic Flame. It was a privilege to present the Olympic Order to him.”

Pelé, whose full name is Edson Arantes do Nascimento, won football’s greatest prize in 1958, 1962 and 1970, and remains the youngest player to score in a FIFA World Cup final after netting twice at the age of 17 during Brazil’s 5-2 victory over Sweden in 1958.

Brazil goes into 3 days of national mourning for the soccer legend, with many flooding the streets or to Santos’s stadium to pay tribute to their hero, the club where Pelé emerged to lead the Brazilian side to two Intercontinental Cup titles in 1962 and 1963.

He will be laid to rest at the Urbano Caldeira Stadium, the home of Santos’ soccer club, where a public wake is expected to take place.

Supporters of the club gathered outside the stadium to hold a vigil for the icon alongside the wall mural of the legend after news of his death broke Thursday afternoon.

The iconic Christ the Redeemer statue, standing on top of the Corcovado mountain above the city of Rio de Janeiro, was illuminated in green and yellow to honour Pelé, while the roof of the Maracana Stadium and its stands were also illuminated in yellow, with the outside concourse surrounding the stadium cast in green light, both colours of the Brazilian flag. 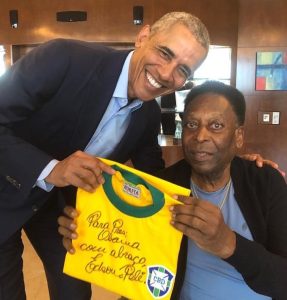 Pelé was one of the greatest to ever play the beautiful game. And as one of the most recognizable athletes in the world, he understood the power of sports to bring people together. Our thoughts are with his family and everyone who loved and admired him @BarackObama (Twitter)

The Federation of the Industries of the State of São Paulo displayed an image of their national hero on the side of its headquarters.

In London, the Wembley arch at England’s national stadium was also lit up on Thursday evening as the ‘home of football’ paid its respects to the three-time World Cup winner by illuminating the arch in the famous green and yellow of Brazil.

Pelé’s body will be taken from the Albert Einstein Hospital to the Urbano Caldeira Stadium in Vila Belmiro, Santos, a neighbourhood of São Paulo, at dawn on Monday, and his coffin will be placed in the centre of the pitch where mourners wishing to say goodbye to the ‘King of Football’ can enter through two gates to file past to pay their last respects.

At 10am on Tuesday, 3 January, the coffin will be taken through the streets of Santos to the Ecumenical Necropolis Memorial where the burial will take place. 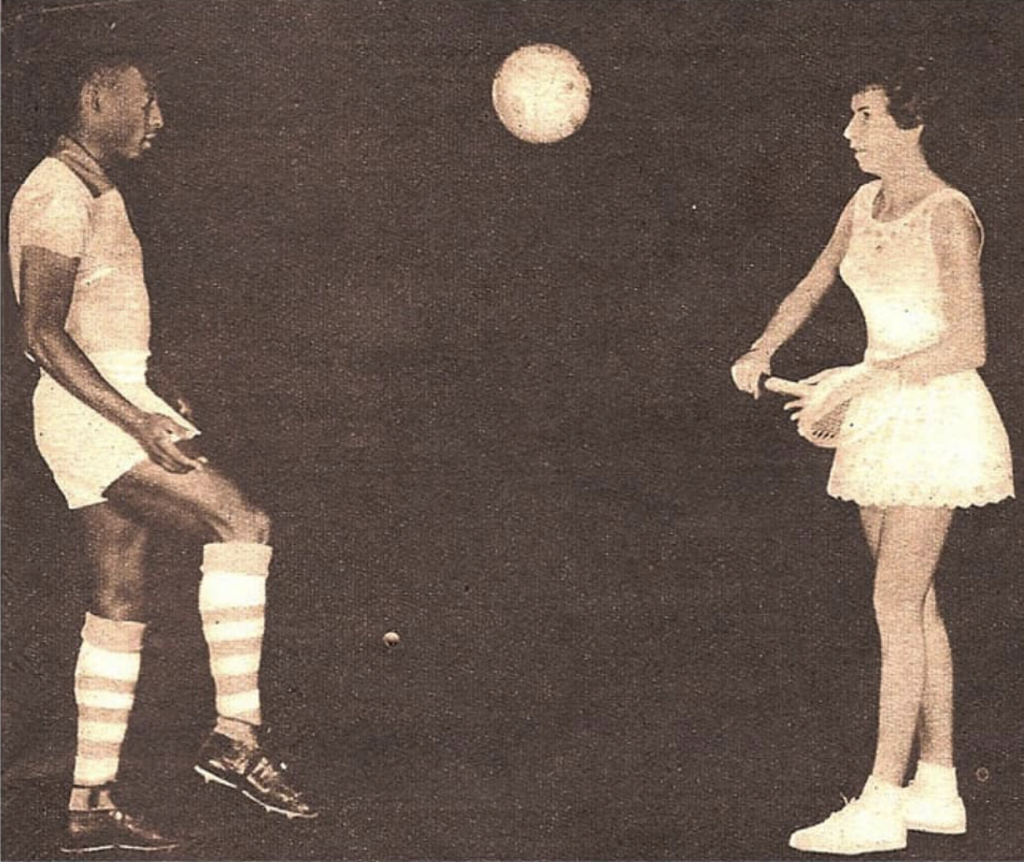 ← Alves wins the MEB Cup and a Rio Open wildcard