A win for Harmonia 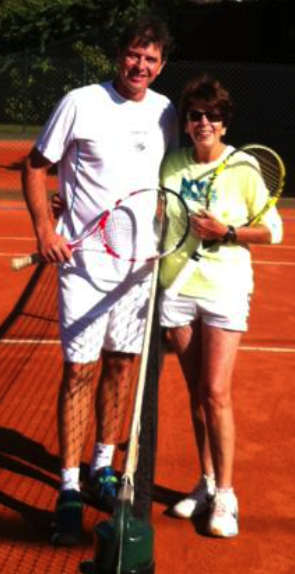 Maria Esther Bueno spent a happy weekend at the Rio de Janeiro Country Club recently, watching her home club of Sociedade Harmonia de Tenis taking on the hosts in the annual return match of the Taça da Amizade, which was eventually won by Harmonia, 13-11.

“There are lots of matches with players of all ages and it is very competitive,” said Maria Esther.

“They played all day Saturday and until lunchtime on the Sunday, so everyone could then enjoy an afternoon at the beach, and it was very close but the club edged it out!

“The Country Club is celebrating 100 years and they hosted a fantastic dinner on Friday evening, with a magician and really delicious food, which we all enjoyed very much. They are wonderful hosts!”

The team was led by Mauro Menezes, Harmonia’s Head Pro, who is a former Brazilian professional tennis player.

Mauro enjoyed most of his tennis success playing doubles, winning an ATP title in Itaparica, Brazil, in 1990, after achieving his career-high doubles ranking of World No 62 in 1989.

He and Maria Esther hit together several times a week, something Mauro relishes: “For me it is an honour to train with her because she hits the ball so very well.

“To be on the court with such a legend is such a pleasure and a privilege!”

Although neither Mauro or Maria Esther played in any of the matches, they did play together in Rio.

“It is always great to hit with Mauro,” she said. “We get a great rhythm going and hardly miss a ball! It’s fun.”

It was back to Rio de Janeiro last week to appear on a two-hour live show in which Maria Esther Maria spoke about her career, her motivation and her memories. 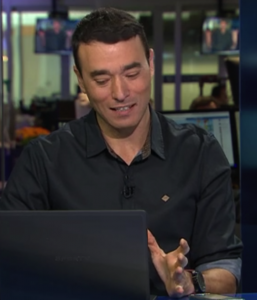 Hosted by renowned presenter Andre Rizak, the show was a tribute to the great Brazilian legend.

“It all went incredibly well,” said Maria Esther. “They certainly had done their research and found some amazing footage and photos!”

Director of Events for SporTV Mario Jorge Guimarães appeared with her, alongside P.C., a director of TV Globo. 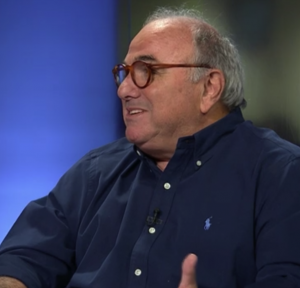 “It was the first time Mario Jorge was on TV for many years so it was a very special occasion for him too,” Maria Esther continued.

“We talked about a lot and answered questions fed to us via Twitter and Facebook. It was amazing!

“The program was very well received and went out live all over Brazil. I was amazed at how many people caught it as it was transmitted for two hours on Tuesday morning.

“Everyone said it was great and I think it was.

“It was really an incredible homenagem [tribute] they made for me!”

Or view a clip of the program online by clicking HERE

“Unfortunately it rained the whole day so it was disappointing for all the people who attended because they couldn’t get on the court,” she said.

“But everyone had a good time in any case! There was plenty of food and drinks there too!”

She also had the opportunity to meet up with Tim Gallwey, the author of The Inner Game of Tennis, which sold over two million copies. 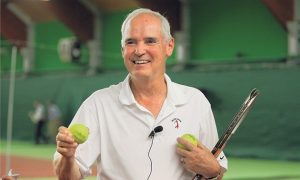 His other books in the Inner Game series include applications to Golf, Music, Work and Stress.

“We had a very nice lunch together at the club [Sociedade Harmonia de Tenis] and I found him and his wife very interesting,” said Maria Esther.

“A friend at the club told me it was an ambition of his to meet me and I was pleased to be able to do it because I was there for a change. It was really nice.”

← A poignant day to remember
In the fast lane… →